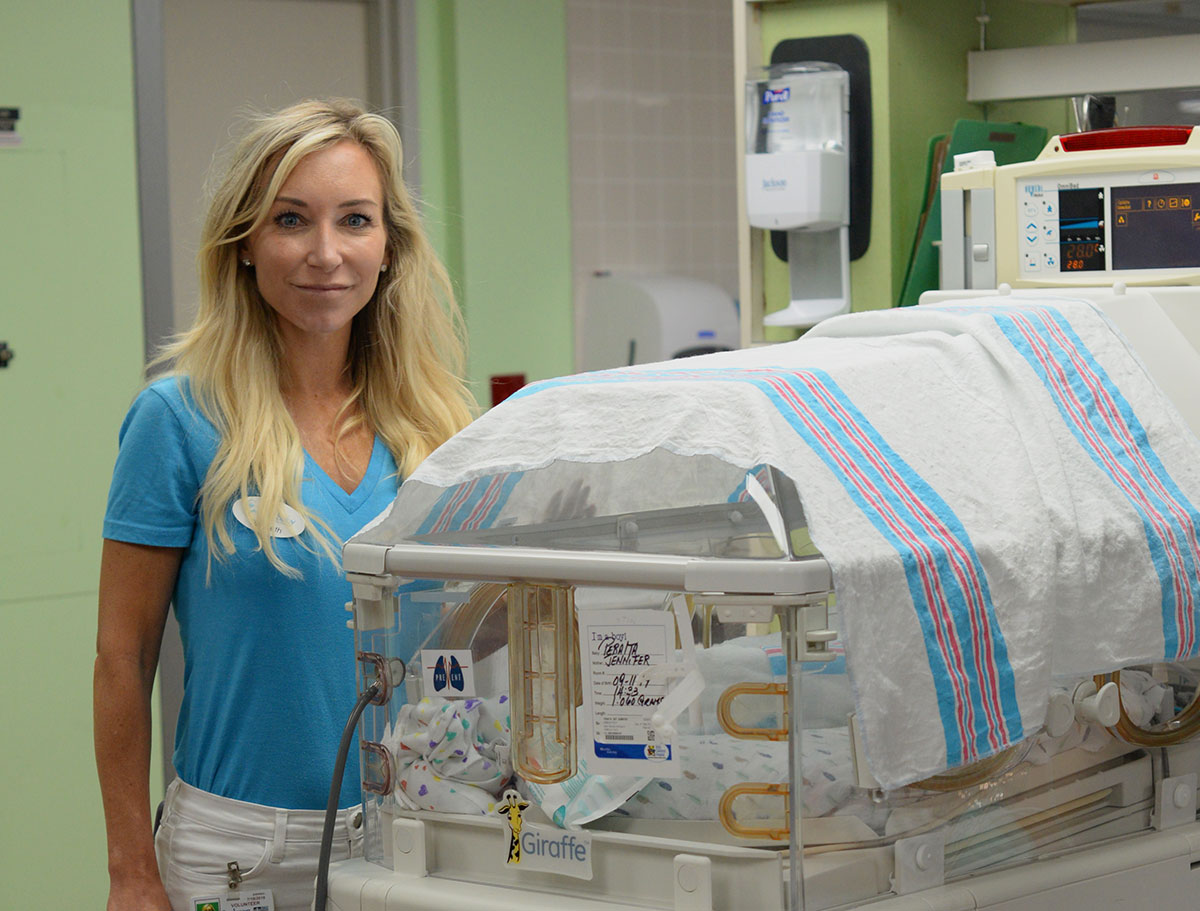 My brother was born at 25 gestational weeks in 1981 and survived without complications – a true miracle baby. Despite my family history, I was blessed to deliver two babies without incident. By the time I became pregnant with my third child, the NICU was not a place that I expected to be.

Just like that, the excitement that comes with pregnancy was changed for me. I was humbled and afraid. Doctors ruled out some of what could be the causes, but could not rule out others until the baby’s delivery.

Fast forward to delivery day… Benedict was born at 9.2 lbs. – chubby and perfect. We thought we were in the clear until the second day of Benedict’s life when he became sick and was taken quickly from me. The next time I saw him, he was in the NICU with IVs and chords all over him. Benedict’s time in the NICU was the longest seconds of our lives, but in hindsight a very short time. We were the “best case scenario.”

My passion to give back generates from witnessing other families’ and babies’ struggles in the NICU while I sat at Benedict’s bedside. For months I feared for my son, yet I left the hospital with a healthy baby. Many other families have much more challenging NICU stays and longterm outcomes. We got lucky.

There is a sense of responsibility that comes with receiving the blessing of a healthy child. I now appreciate that not every child’s entry into this world is an easy one. It is for these reasons that I advocate for and support families whose stay in the NICU is a week or many months and families whose babies do not leave the hospital. They are not alone because they have a community like ours to uplift them…